Queen of the Payan Kingdom

Queen Kane is a main character in SEE. She is frequently opposed to the Alkenny Tribe's interests.

Divine Ruler and absolute monarch of the Payan Kingdom, and member of the House of Kane, aloof and beautiful Queen Kane is the ruthless spiritual, military, and political head of the last remaining society that still has electrical power. Her Palace was the still functioning Kanzua Dam, the electricity of which was part of the religion of her rule.

As the apparent God-given ruler of every tribe in her region, Queen Kane exercises her power ruthlessly in order to assert her position. She murders anyone who spreads heresy about the sense of sight, classifying them as witches or heretics. As such, one man called Jerlamarel is her latest target. She sends Witchfinder General Tamacti Jun and his army on a twenty-year commission to hunt down Jerlamarel and his children who are born with sight.

Fearing that her power is weakening amongst her courtiers, Queen Kane kills the entire Parliament before shutting off the power of the dam, ultimately leading to the destruction of the Payan village. The Queen explains to Tamacti that she needed to do that in order to re-establish her hold over the kingdom. The Kanzua Dam is what kept her family in power all those years, and she doesn't want to feel important only because a dam is working. She wants to be the Queen because it is her right.

Bringing sight into the world

With Kanzua destroyed and having recovered Princess Maghra, Queen Kane needs a new capital city and settles on Pennsa, ruled by Lord Harlan. She consecrates the city and makes an announcement - she is pregnant with sighted child.

The Queen is keen to do battle with Trivantes who she tells people destroyed Kanzua. Discussing with the Council of State, she feels the need for a Council of War which raises concern among members, who cite defences that need bolstering in Payan territories. This feeling is amplified when Maghra questions the Queen's decision, highlighting friction within the monarchy. This friction is magnified when Harlan suggests a marriage alliance with the Queen. Instead of accepting the offer for herself, she offers her sister for this marriage instead.

Sitting with her sister, Queen Kane reveals the loss of the baby she carried. Maghra comforts her, and the Queen convinces Maghra to marry Harlan to protect sighted children. Meanwhile, during the wedding, the Queen gets some alone time with Kofun and tries to form a bond.

While preparing for war, the Queen argues with her allies about the number of soldiers they are able to provide and wants as many as she can possibly obtain. She later has another debate with Maghra about the war and ways it can be won without bloodshed. The Queen is eventually convinced by her sister to negotiate with Trivantes. This is with the caveat that Trivantes must apologise for the attack on Kanzua.

After the arrival of Baba Voss and Haniwa to Pennsa, the Queen invites the family to dinner to discuss current affairs and Maghra's pending trip to meet the Trivantian delegation. After dinner, she meets with Kofun and tells him her dark secret and what he means to her. They continue to meet, including going on a horse ride. At a later meeting, the Queen and Kofun share Thornflower and they do something very significant for her reign.

The talks with Trivantes fail and the later private ones also fail after the Trivantian delegation are killed in a night assault. It is deduced Queen Kane is responsible for these assailants.

Preparing for battle, Queen Kane is deposed from her throne by Maghra and Tamacti Jun. They wish to execute her but upon learning she is with child, she is spared. During the battle, Maghra sits with Kane. There, Kane reveals Kofun is the father of her son. Maghra doesn't believe her and tries to strangle her. Sparing her, Maghra exits.

Kane later discusses her child with Paris, before killing her. 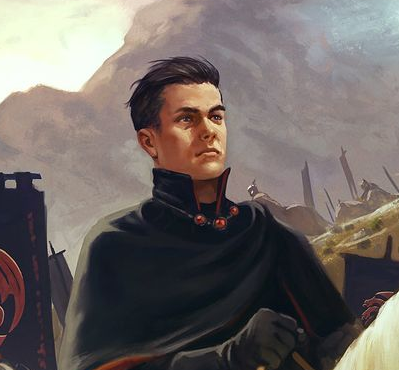 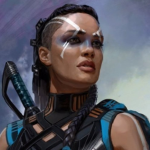